BET Experience returns to the LACC for its 5th Anniversary. The BET Network and AEG collaboration began in 2012 with a mission to bring fans, celebrities, and influencers together through an interactive approach. The expo started as a predominantly outdoor three-day fest that drew about 75,000 fans the first year and has since turned into a four-day event which includes concerts at L.A. Live, STAPLES Center, and The Novo by Microsoft, plus a BET Fan Fest held at LACC which includes a celebrity basketball game, genius talks, meet and greets, and exhibits. This summer, the BET Experience is projected to surpass previous attendance numbers and contribute $20.9 million to Los Angeles’ economy. 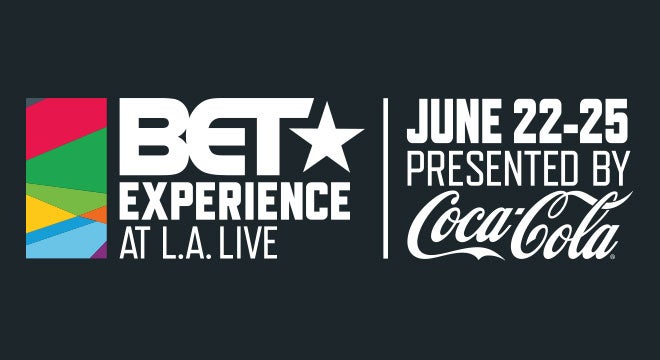 AX promotes Japanese pop culture and the arts of Japanese Animation. Since its inception in 1992, Anime Expo has grown to become the largest anime convention in North America evolving in both size and attendance. The annual event initially started in Northern California and moved to the LA Convention Center in 2008, activating in West Hall’s 210,685 square feet and reporting 43,000 in attendance. Fast forward to 2017; AX currently utilizes all 720,000 square feet of exhibit space at LACC. The 2017 edition of AX now consists of one pre-show and four days of panels, premieres, Q&A sessions, and concerts with this year’s attendance projected to reach 100,000 attendees, exceeding previous attendance records. “Los Angeles is excited to welcome Anime Expo back to the L.A. Convention Center," said Doane Liu, Executive Director of the Los Angeles Department of Convention and Tourism Development. " We value our partnership with The Society for the Promotion of Japanese Animation and the Anime Expo, which generated $72.9 million for our local economy last year." 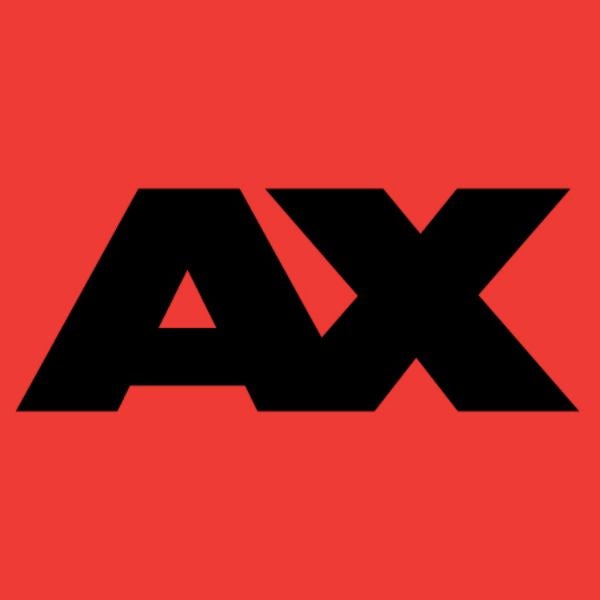 LACC hosts the fashion, beauty, and lifestyle community for the second summer in a row at Beautycon Festival LA.  The international festival has seen exponential growth since its start in 2013. This year the festival has extended the beauty panels, makeup tutorials, meet-ups, and activations with cosmetic and lifestyle brands from one day to two days. “Beautycon Festivals focus on creating a thriving community for content creators and the fans that love them. So many companies are focused on marketing to this generation, but we strive to give a voice to the underserved generation of 84 million kids that live in an entirely digital world and really look up to these men and women.  We have created a community for them where they can embrace their eccentricities and be true to who they are. We are looking forward to not only a bigger but another successful festival.  We would not be where we are without the support we have received in Los Angeles,” says Moj Mahdara, CEO of Beautycon Media. 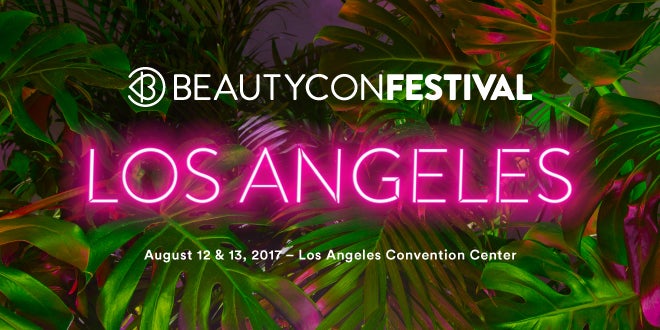 KCON Los Angeles has become the largest Korean culture and K-Pop convention in North America. Produced by CJ E&M, Asia’s leading content company, and its global music channel, Mnet; the event was first moved to LACC in 2015 and neighboring STAPLES Center, attracting thousands of K-pop fans and surpassing expected attendance. Due to popular demand, the bi-costal event expanded its scope last year to include a three-day festival with more vendors, programming, panels, and two nights of concerts at STAPLES. 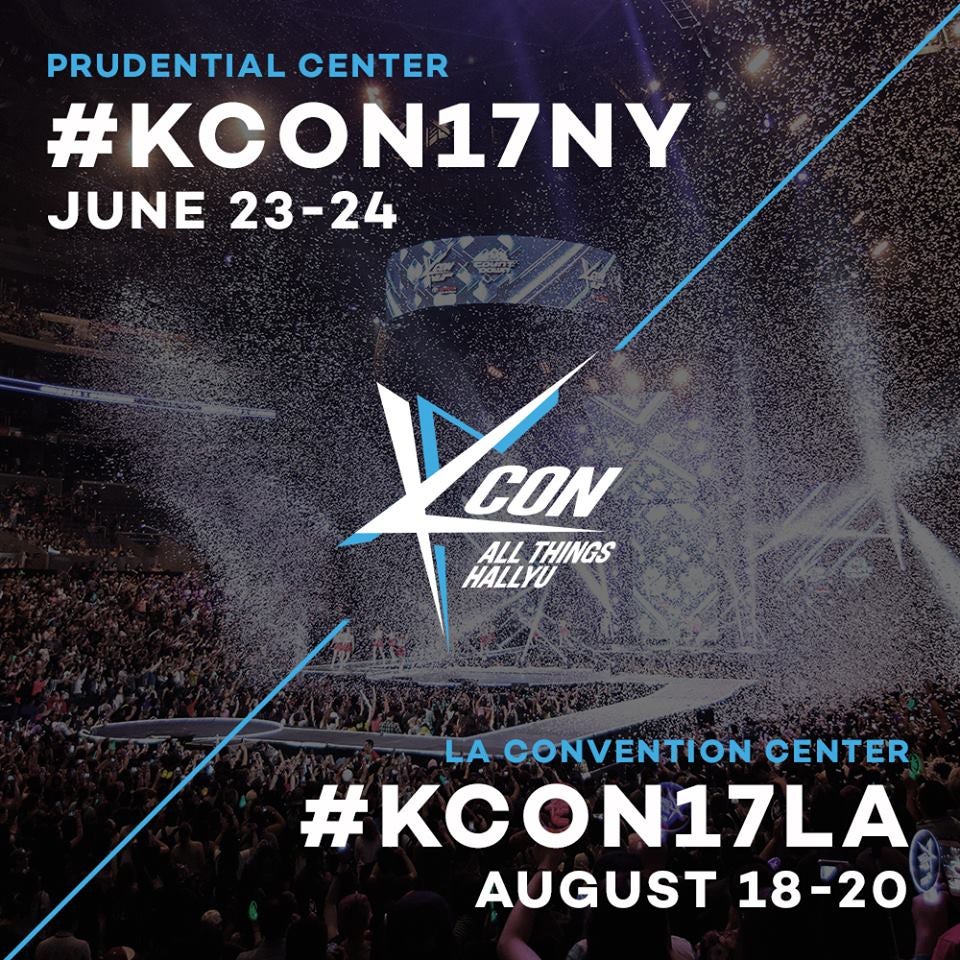 Through direct and indirect spending on travel, lodging, meals, and entertainment, these four shows stimulate the City’s economy and support local businesses and jobs. It is estimated that this summer, these four events will generate more than $96 million for Los Angeles’ local economy.

The Los Angeles Convention Center (LACC) is internationally renowned as an optimal site for conventions, conferences, meetings, and assemblies. Operationally managed by AEG Facilities, the LACC attracts over 2.5 million visitors annually.  The facility is an integral economic component to the Southern California area. The LACC’s total economic impact based on direct and indirect spending averages $548 million annually, generating and sustaining over 5,900 local jobs. The LACC also remains an enduring symbol of environmental sustainability and social responsibility and is proud to be a LEED® Gold certified facility. The venue was recertified on the Gold level in 2015 making the LACC the largest convention center in the U.S. to receive LEED® EB:O+M Gold recertification. For more information, please visit lacclink.com.

About BET EXPERIENCE At L.A. LIVE Presented by COCA-COLA®

BET Networks, an entertainment powerhouse, and AEG, the world’s leading sports and live entertainment company and developer/operator of L.A. LIVE, have teamed up once again to create the BET EXPERIENCE AT L.A. LIVE (X), June 22 - 25, 2017 presented by Coca-Cola®. This four-day festival will be filled with music concerts taking place at The Novo by Microsoft and STAPLES Center; BET Fan Fest at the Los Angeles Convention Center including seminars, celebrity basketball games, celebrity meet & greets; and other special appearances.  The weekend will be capped off with the “BET Awards” on Sunday, June 25, 2017, at Microsoft Theater.

Anime Expo (AX) brings together fans and industry professionals from Japan, most states in the U.S., and over 60 other countries for the largest celebration of Japanese pop culture in North America. Taking place every year since 1992, Anime Expo features the best in Japanese entertainment, music, fashion, and video games. For more information, visit www.anime-expo.org.

Beautycon Media is THE global community of content creators, celebrities, fans, and brands that come together to celebrate all things fashion, beauty, style and the passions of the Gen Z and Millennial lifestyle. We create meaningful connections for these communities through our Beautycon Festivals, Beautycon Box and Beautycon Digital, with the goal of redefining beauty and challenging the status quo, while creating a “style” destination for all. Beautycon Media has been lauded in leading consumer, business and trade press outlets such as, The New York Times, Mashable, Fast Company, Digiday, MTV and Bustle as well as spotlighted on platforms like Instagram and Twitter for its focus on diversity and LGBT audiences. Moj Mahdara is the co-founder and CEO of Beautycon Media. The company is headquartered in Los Angeles and investors and partners include: Bethany Mota, CAA, AOL (Built By Girl), L’OREAL USA, Hearst Media, Jay Brown, Allen DeBevoise (Third Wave Partners), and more.

KCON USA (kconusa.com) is the largest North American convention dedicated to ‘All Things Hallyu.’ The convention launched in 2012 with over 10,000 fans attending and has more than doubled annually since to over 118,000 fans. KCON is now established in Los Angeles as the annual flagship event for American fans of Hallyu and Asian pop culture, providing the largest forum for fans to directly connect with each other, as well as artists and professionals from the Korean entertainment industry. In 2016, the brand expanded internationally, presenting KCON in Abu Dhabi, Paris and Tokyo. FUSE listed the event as one of the “22 Best Music Festivals of 2015.”

CJ E&M is Asia’s leading content and media company headquartered in Seoul, Korea. It has five main business units - broadcast, film (CJ Entertainment), music, live entertainment and animation. Since 2011, CJ E&M has been contributing to promotion of Korean culture around the world, through the company's 'One Source, Multi-Content' strategy. As a trend leader in Asia, CJ E&M has produced and distributed various popular content, some of which include Asia’s largest music festival Mnet Asian Music Awards (MAMA), leading Hallyu convention KCON, Tony Award-winning musical Kinky Boots, record-breaking box office hits Roaring Currents (2014), Ode to My Father (2014) and Veteran (2015), along with sought-after television programs such as The Incomplete, Grandpas over Flowers and Reply 1988. With regional offices in Asia and the U.S., CJ E&M currently employs over 2,000 people worldwide, and is traded on KOSDAQ under the ticker 130960. For more information, please visit: http://en.cjenm.com.