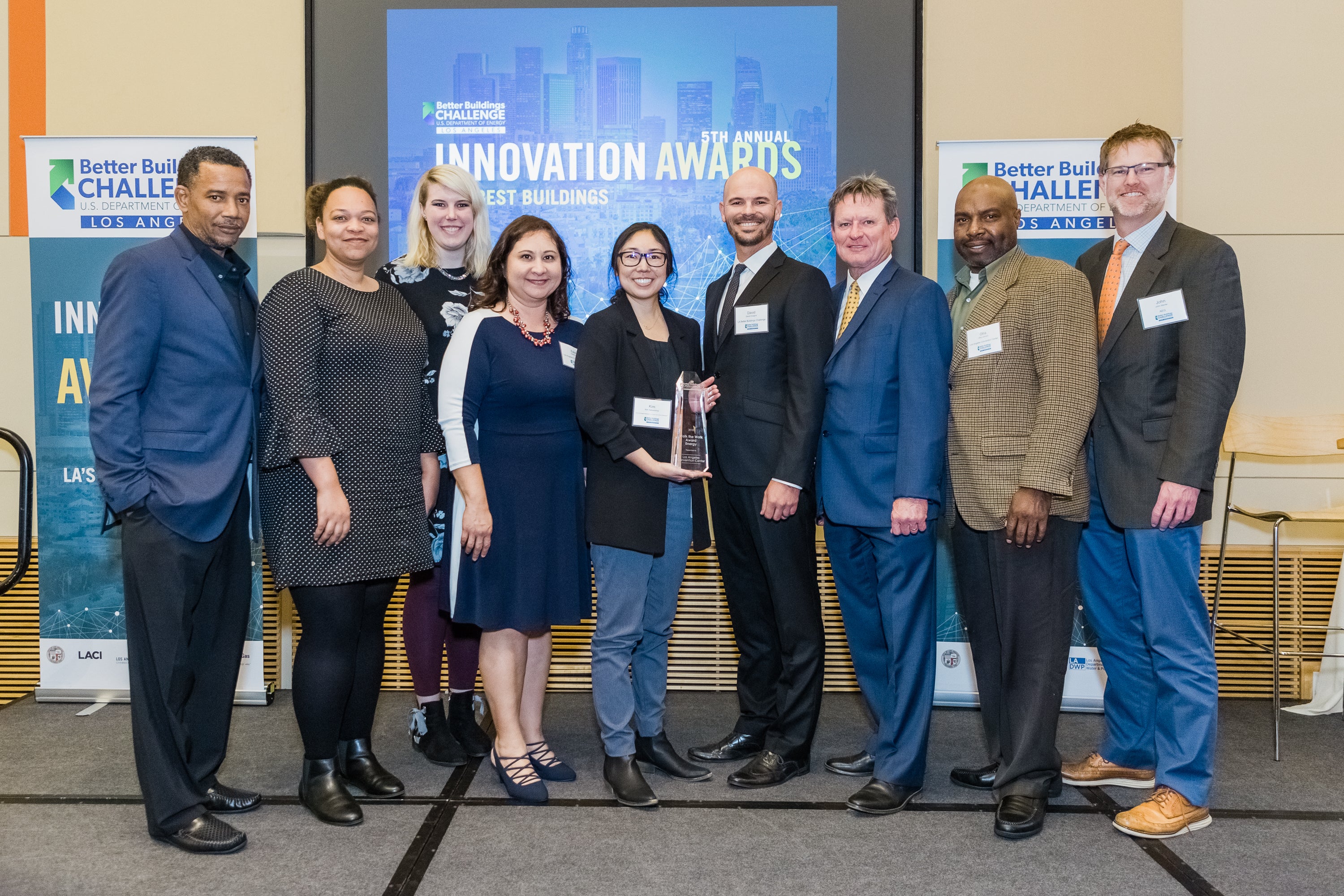 Recognized in the public buildings category as the “Walk the Walk Energy Award” recipient for achieving the most significant, ongoing energy savings and demonstrating innovative strategy, the LACC was honored at the fifth annual award ceremony on March 27, 2019 at The California Endowment in Los Angeles.

The LACC was acknowledged for its 2.21 megawatt solar panel array, bringing the facility’s total solar power to 2.58 megawatts, making it the nation’s largest array on a municipal convention center. Since April 2018, the array has generated more than 3.3 gigawatt hours (GWh) and reduced facility energy use by 11.4 percent.

“Mayor Eric Garcetti has set the goal of making Los Angeles the most sustainable city in the United States,” said Doane Liu, Executive Director, City of Los Angeles Department of Convention and Tourism Development. “We are proud that the Los Angeles Convention Center is committed to operating in an environmentally responsible manner and is continuously seeking ways to reduce our environmental footprint and promote sustainable efforts within the tourism industry and with the millions of visitors to our great city.”

Other acclaimed LACC initiatives include the upgrade of more than 3,000 interior and exterior lights to LED lamps, saving over 1.5 million kilowatt hours annually and the installation of a 525,000-square-foot “cool roof” that reflects sunlight and heat away from the building.

The LACC team credits their success in sustainability to being innovative, leading by example and utilizing all resources. “Clear goals and a 100 percent commitment drive the team’s formula for success which includes buy-in from all stakeholders,” said Estella Flores, Interim Vice President of Operations, LACC. “As sustainability is ever growing and changing, we must embrace change and build the road to a sustainable future.”

Under the management of AEG Facilities and by employing AEG 1EARTH strategies, the LACC has elevated and expanded its sustainable practices with the goal of decreasing its carbon footprint across five areas: Energy and Climate, Water, Waste and Recycling, Responsible Purchasing, and Education and Communication.

“We are honored to be recognized by LABBC for our energy conservation efforts,” said Ellen Schwartz, General Manager, LACC. “This award is a perfect celebration of the one-year anniversary of the solar array project and all of its success.”

In continuation of the LACC’s sustainability education and engagement, the facility will go dark for one hour on Saturday, March 30 in honor of World Wildlife Fund’s Earth Hour. From 8:30 to 9:30 p.m., the LACC will turn off its nonessential lights to join millions of individuals and organizations in support of climate action and protecting nature.