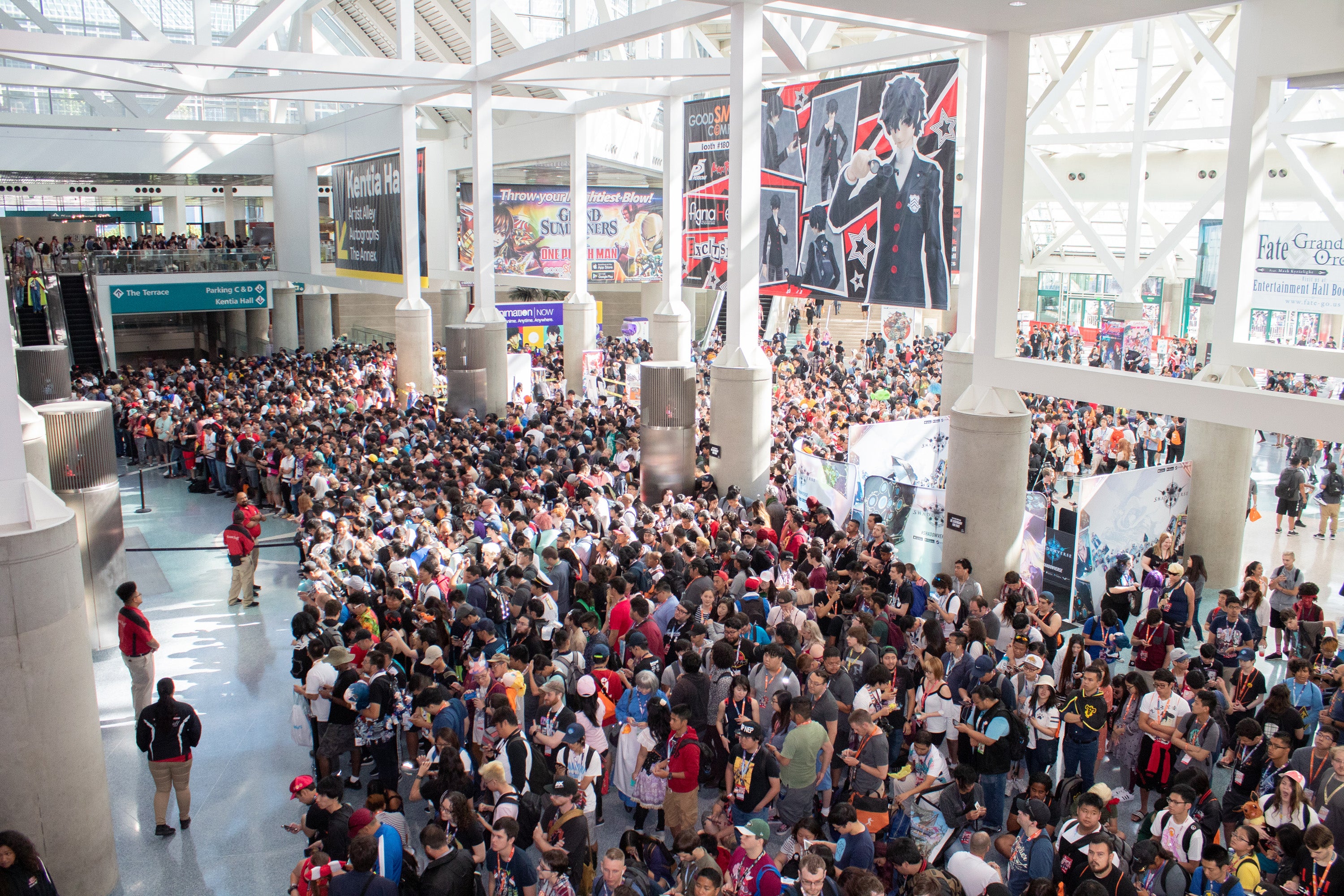 Summer 2019 Event Preview: Six Events at the LA Convention Center That Should be on Your Radar

“We are excited to partner with these six fantastic organizers and welcome their guests to our facility,” said Ellen Schwartz, General Manager, LACC. “These events represent a wide variety of interests and are sure to make for an energizing three months in DTLA.”

In addition to these large-scale entertainment experiences, the LACC has a packed calendar of events including trade shows, meetings and assemblies. These events bring thousands of convention-goers to the LACC and significantly contribute to the Los Angeles economy.

RuPaul’s DragCon kick-starts the summer season at the LACC with its three-day celebration of pop culture, art and all things drag. Six years after RuPaul’s Drag Race premiered, World of Wonder created a convention to unite fans of the television show and drag culture. In 2015, the LACC held the very first RuPaul’s DragCon. For the past four years, RuPaul’s DragCon has provided a safe, fun space for fans of all ages and backgrounds to engage with RuPaul’s Drag Race Queens, celebrities and icons. The convention is all-ages and family friendly, including a popular Kids Zone with story hour, arts and crafts, kid-specific performances, and more. The convention delivers a wide range of programming, including runway performances, shopping and panel sessions on topics such as gender identity, LGBTQ portrayal in the media, make-up, styling and pop culture. RuPaul will be on site at the convention, presenting talks and even DJing on the show floor. Tickets are available at RuPaulsDragCon.com. 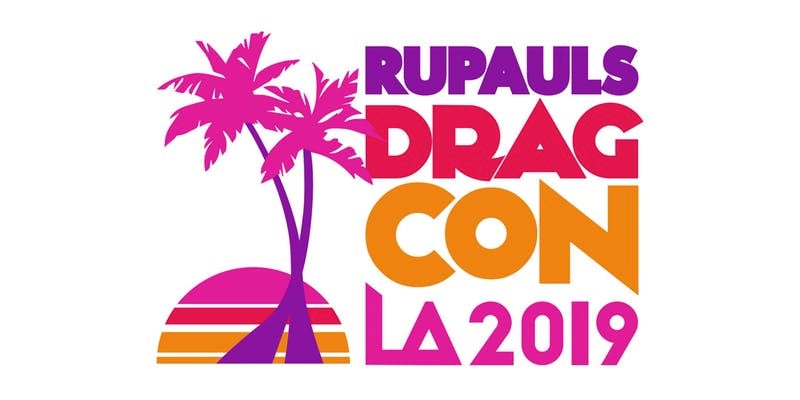 AlienCon comes to Los Angeles for its first event at the LACC, taking nearly 200,000 square feet of exhibit hall space in South and Concourse Halls. The three-day fan event is the world’s first convention dedicated to exploring unexplained phenomena -- past and present. The event started in 2016 and was inspired by HISTORY®’s hit series Ancient Aliens® and presented by A+E Networks®, Prometheus Entertainment and Mischief Management. AlienCon creates community for fans who can share experiences and information with experts, scientists, explorers and science fiction fan favorites. Featured at AlienCon LA, Golden Globe® and Emmy Award® winning actor William Shatner (Star Trek) from HISTORY®’s upcoming series, "The UnXplained." The weekend will feature thought-provoking panel discussions, fan competitions, celebrity autograph and photo sessions, specialty merchandise and more. To join the community of believers and discover more about the universe, visit TheAlienCon.com.

The BET Experience is a jam-packed weekend celebration leading up to the BET Awards on Sunday, June 23. The multicultural music and entertainment four-day event has been a seven-year collaboration between the BET Network and AEG, taking over the L.A. LIVE campus, including concerts at STAPLES Center and The Novo by Microsoft. The LACC hosts the anticipated BET Fan Fest in West Hall, complete with Genius Talks, BETX 3-on-3 Celebrity Basketball Tournament, Celebrity Dodgeball Game, BET X House of Fashion & Beauty, Coca-Cola® Music Studio, DJ Hed presents Kicksperience sponsored by Sprite®, Casting Call and more. Fans can register for a BET Fan Fest wristband by downloading the BETX’19 app or going to BETExperience.com. Follow the BET Experience on Twitter @betexperience for the latest and greatest and join the hottest conversation by using #BETEXPERIENCE.

For 28 years, Anime Expo has celebrated Japanese pop culture and the arts of Japanese animation. The annual convention has grown to a capacity of 110,000 unique attendees per day, making it the largest Japanese pop culture gathering in North America. This massive destination event has seen tremendous growth since moving to the LACC in 2008. At the time, it took place in West Hall and attendance was at 43,000. Today it takes over all 720,000 square feet of exhibit space at the LACC with expanded content, entertainment, exhibitors, artists and more. Over the course of one preview night and four full event days, AX provides more than 900 hours of programming, including concerts, panels, signature events, cosplay and gaming for anime fans and industry alike. Register for a badge on Anime-Expo.org.

Beautycon Festival brings the best of the beauty industry to Los Angeles. With global events including New York, London, Dubai and Dallas, Beautycon Festivals have welcomed more than 100,000 fans worldwide. Last year, Beautycon added more than 114,000 square feet of exhibit hall space by moving to the LACC’s South Hall. Beautycon LA 2018 brought 30,000 fans and over 150 brand experiences to the LACC. Beautycon LA 2019 is adding another 26,000 square feet of rental space which will allow the event to build on its already expansive beauty panels, makeup tutorials, makeup artist meet-ups and top brand activations, all while celebrating the beauty of self-expression and staying true to oneself. To take part in one of the world’s biggest beauty events, visit Beautycon.com. 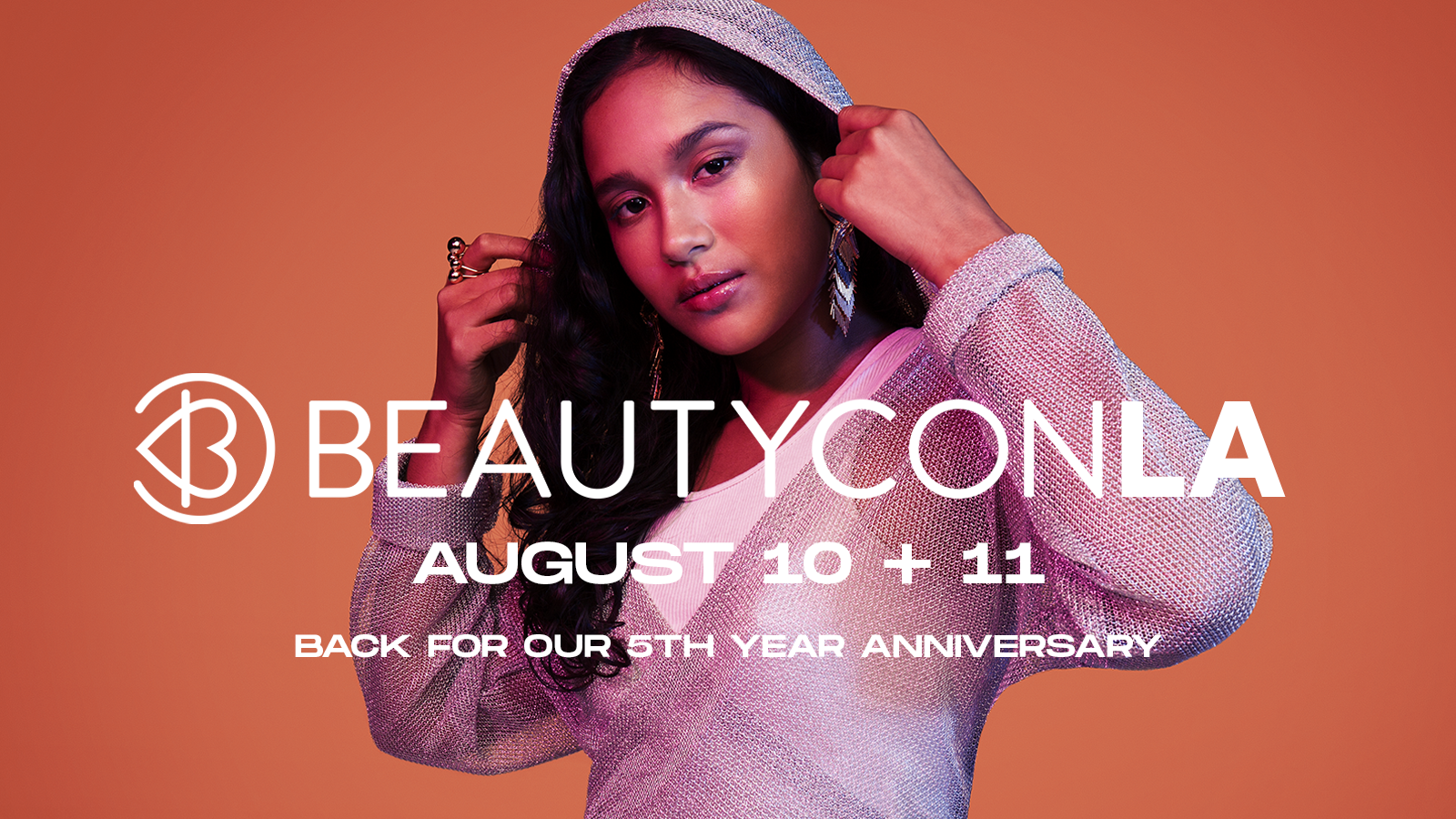 KCON is the largest convention dedicated to bringing Korean pop culture (also known as Hallyu) to the American fan base. Since 2012, KCON has grown exponentially from a one-day event in Irvine, CA to a festival taking over the LACC and STAPLES Center for three days and two nights. Last year, the fan festival reached 147,000 attendees between both New York and Los Angeles events. KCON is the original convention connecting American fans of Korean music, food, beauty and more with other fans through concerts, forums, workshops and celebrity meet and greets. KCON 2019 LA is sure to be its biggest year to date bringing more stars, more programming and more fans. Visit KCONUSA.com to be part of it. 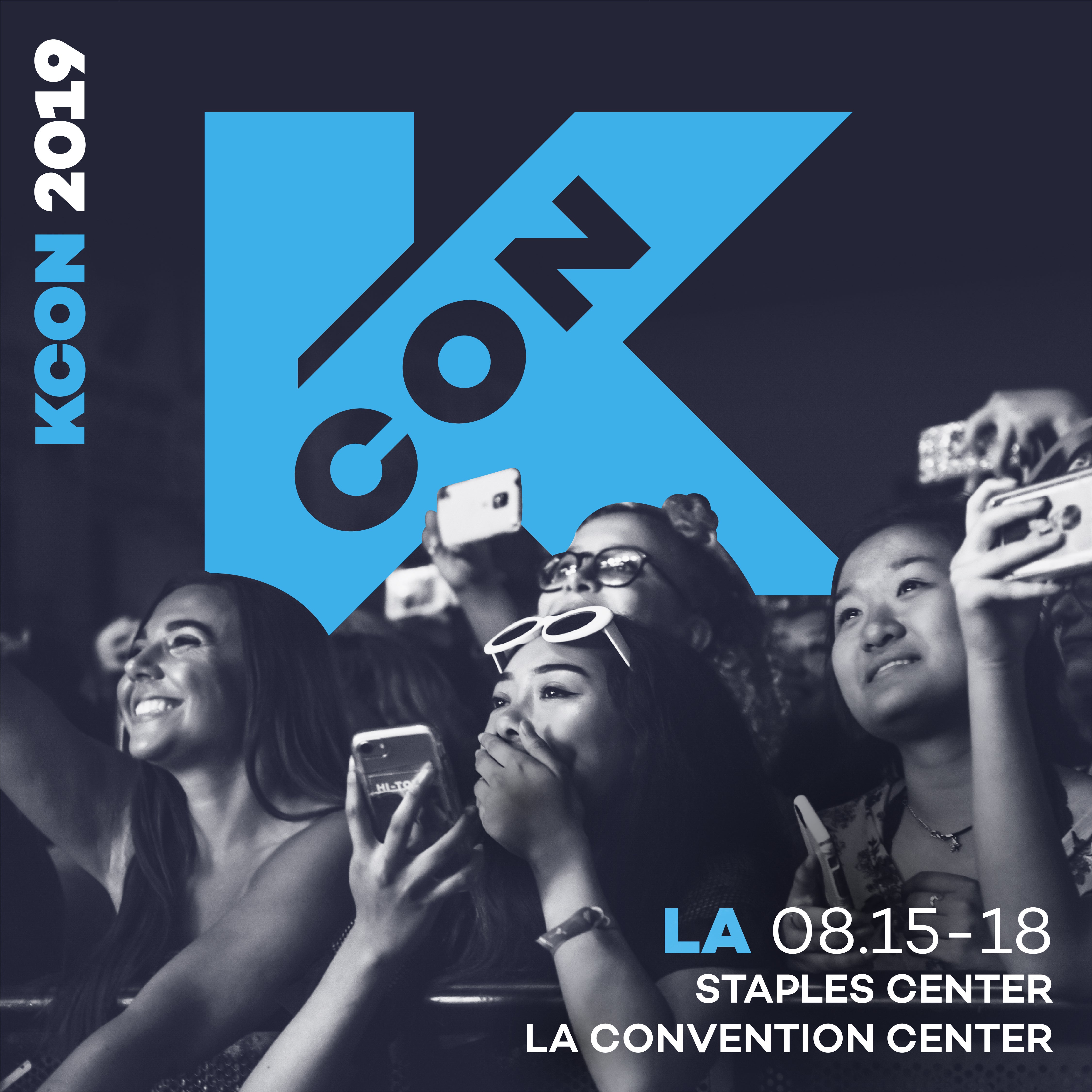 The LACC looks forward to welcoming a multitude of events of all types and sizes this summer. Be sure to check out the LACC’s calendar for other events; there is something for everyone this season and year-round.

RuPaul’s DragCon LA is a three-day, family-friendly event celebrating pop culture, art, and all things drag. RuPaul’s DragCon provides a safe, fun space for fans – of all ages and backgrounds – to meet and interact with world-renowned RuPaul’s Drag Race Queens, celebrities, and icons in a friendly and accessible environment. In addition to booths on the convention floor from some of your favorite brands, there will be a wide range of programming, including lip sync contests, shopping, challenges on the runway, and panel sessions with drag stars and icons chatting all of your favorite topics such as fashion, make-up, styling, and pop culture, for all genders, ages, and sexualities. RuPaul’s DragCon is produced by World of Wonder productions. Tickets are available at RuPaulsDragCon.com.

AlienCon is the world’s first convention dedicated to seeking the truth about extraterrestrial existence throughout history and solving the mysteries of the universe. AlienCon offers the opportunity for like-minded people to come together to challenge existing beliefs and seek disclosure of all kinds in an environment that inspires discovery and discussion. Attendees can meet and mingle with celebrity guests including Robert Picardo (Star Trek), and HISTORY’s “Ancient Aliens” contributors Giorgio A. Tsoukalos, Erich von Däniken, David Childress, William Henry, Nick Pope, Linda Moulton Howe, Rabbi Ariel B. Tzadok, Mike Bara, Travis Taylor, and series creator and executive producer Kevin Burns. “Ancient Aliens” is produced by Prometheus Entertainment.

Anime Expo (AX) brings together fans and industry professionals from Japan, the US, and all over the world for the largest celebration of Japanese pop culture in North America. Taking place every year since 1992, Anime Expo features the best in Japanese entertainment, music, fashion, and video games. For more information, visit www.anime-expo.org.

About Society for the Promotion of Japanese Animation (SPJA)

SPJA is a non-profit organization dedicated to popularize and educate the American public about Japanese entertainment and pop culture, as well as provide a forum to facilitate communication between professionals and fans. For more information, please visit www.spja.org.

Beautycon is a global community of content creators, celebrities, fans, and brands that come together to celebrate all things fashion, beauty, style and the passions of the Gen Z and Millennial lifestyle. With moments ranging from engaging panel discussions, live makeup tutorials from the industry’s biggest makeup artists to meet-ups, to top brand activations, Beautycon Festivals have ignited a global trend in the world of beauty and experiential retail. Beautycon has been featured in leading consumer, business and trade press outlets such as, The New York Times, Mashable, Fast Company, Vogue, Digiday, and Business of Fashion. Moj Mahdara is the co-founder and CEO of Beautycon. The company is headquartered in Los Angeles.

KCON USA (kconusa.com) is the largest fan festival dedicated to every aspect of Korean pop culture (aka Hallyu). The convention and concert franchise launched in 2012, attracting more than 12,000 fans, and has grown each year, with 147,000 attendees for KCON events in New York and Los Angeles in 2018. KCON USA is now an established annual celebration in Los Angeles and New York and is the flagship event for American fans of KOREAN music, food, beauty and more, providing the largest forum for fans to directly connect with each other, as well as with artists and professionals from across the Korean entertainment industry. Since its inception, the brand has expanded internationally, with KCON festivals taking place in LA (USA), New York (USA), Tokyo (Japan), Abu Dhabi (UAE), Paris (France), Mexico City (Mexico), and Sydney (Australia).